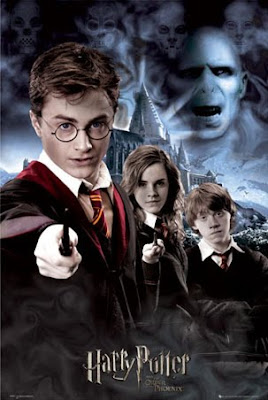 "STUDIO SHAME!," shouts the headline on Nikki Fink’s Deadline" website, "Even Harry Potter Pic Loses Money Because of Warner Bros’ Phony Baloney Net Profit Accounting." To prove its contention, it posted Warner Bros; September 2009 distribution report for Harry Potter and The Order Of The Phoenix, and reported, as if it revealed some shameful scandal, that while the 2007 film "grossed $938.2 million worldwide," it still remains "over $167 million in the red."
The outpouring of indignation over movie studio "phony" accounting clearly resonated with a public concerned over corporate predatory practices, with comments from readers calling for RICO prosecution of Warner Bros. But what is called Hollywood accounting is in reality a form of self-deception in an industry driven by ego considerations.
Every Hollywood production is a temporary collaboration between a studio and hundreds of independent contractors, which includes actors, directors, producers, writers, and technicians. The rules governing how each of them will be paid is set forth in their contracts which negotiated and vetted by their lawyers, agents, and financial advisers. In almost all cases, they get fixed compensation for their work, which is unaffected by the profitability of the movie or whatever accounting ploys are used to determine it. They may also get contingent compensation in the form of either "gross points" or "net points" that is dependent on the accounting definitions in their contract. "Gross points," if they begin at "dollar one," are payments based on a percent of the total revenues that flow after out-of-pocket expenses are repaid. Or "Gross points" may begin after certain conditions specified in the contracts are satisfied. In either case, "gross points" do not depend on the profitability of the film. "Net points" are another story. The payments here depend on a movie achieving a net profit after the studio back its investment, interest, overhead, distribution fee and pays all the gross players. In most cases, as David Mamet has said famously, "there is no net." And everyone in the film industry knows that with a standard studio contract, there is little, if any, chance they will see a penny from "net points" So why do they sign a contract with net points? The answer, in a word, is money. They want to be paid the fixed part of the fee and have an opportunity to be in the movie to further their career.
Yes, it is true that Harry Potter and The Order Of The Phoenix lost money on its theatrical run, but so do almost all Hollywood movies. Here is why. The reported box-office "gross" that so fascinates the media is what the theaters take in , not what the studios get. Of the $938.2 million worth of tickets sold for this Harry Potter sequel, Warner Bros.' distribution arm got only $459.3 million. Out of that sum, it reimbursed itself the out-of-pocket costs. These cash expenses came to a staggering $182.6 million, including $29.2 million paid to labs for the prints, $131.1 million paid to TV stations, newspapers and other media for ads, $8 million paid in taxes to foreign governments, $5.6 million paid to dubbing studios, and $3.5 million paid to UPS and others for shipping films abroad. This is a huge amount of money but it is what it needed these days to get a film into 7000 theaters around the world and drum up an opening night audience in 50 countries. What remained after these expenses was just $276.7 million.
Since the negative cost for this Harry Potter film was $315.9 million (which included the payments to the author and other gross players ), the film was in the red after its theatrical run. But so what? Theaters are only initial harvest of money. The real profits in Hollywood come from harvesting the back-end, which includes the DVD market, Pay-TV (HBO), and TV network and cable licensing.
In any case, Harry Potter and The Order Of The Phoenix made money for everyone involved in it. Even if does not have a "net profit, Warner Bros. has a 30 distribution fee. So it rakes its cut off the top. In September 2009, which is before most of the lucrative TV licensing revenue comes in, it had already earned $211.8 million from this fee. And DVDs are even a richer deal for it. After paying a 20 percent royalty into the account of the film, its video distribution arm gets the other 80 percent. So, on the $440 million of DVD revenues to date, it got $352 million. From this sum, it has to pay most of the cost of manufacturing, warehousing, and marketing the DVDs, as well as a percent to the author of Harry Potter, J.K. Rowling, who has a "100 percent" accounting clause in her contract, but, even so, it has a bonanza of about $200 million.
The guilds and unions also got paid. Their residuals on television licensing and DVD sales amounted to $10.2 million in 2009 ( a sum that will rise substantially as the film is released in TV markets over the next 30 years.)
The gross players also did not lose. They got a percent of the revenues, either from " first dollar," as was the case of J.K. Rowling, or when the film reached the "cash break-even" point defined in their contract. These payments, which reportedly amount to over $50 million, have been added to the negative cost of the film (which is why it is now over $300 million.)
And of course everyone else gets paid their fixed compensation, including writers, actors, and producers. True, they may never receive any money from their "net points," but, given the contracts they willingly signed, they had no reason that they would pay off. What they got from them were bragging rights, and in Hollywood, where ego satisfaction is the coin of the realm, that is not small change.
***
Posted by Edward Jay Epstein at 2:53 PM